How 5G will take Mobile Gaming to the Next Level 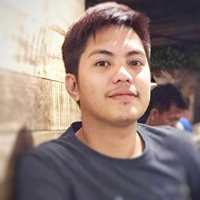 
5G across the Globe


Following the launch of 5G networks in communities across the world, many industries are gearing up for the advantages this technology will bring. An innovation many years in the making, the fifth generation of mobile wireless technology is well on its way to revolutionising daily life for people around the globe.

5G networks are set to take over their predecessor, 4G, and this is largely due to the numerous advantages over the existing networks. 5G promises faster internet speeds, increased bandwidth, increased coverage, and lower latency.

But the hype is not just about the features of the network – it’s about the innovative technologies that can now be unlocked. The network has applications in almost every area imaginable, including the world of online gaming.


The change has already begun. In some parts of the world existing phone plans  will allow their users to connect to the 5G internet where it is available. 5G will impact almost every area where technology plays a part, and will support new technologies that haven’t been possible with past networks. But the new network is not only exciting for practical applications. The world of gaming – and particularly mobile gaming – will be taken into previously unimaginable areas of innovation as 5G is embraced by developers.

Here are some of the ways in which 5G will help revolutionise mobile gaming as we know it.


Theoretically, 5G networks are set to work at speeds of up to 1GB per second. At these speeds, gamers will be able to acquire large gaming applications at speeds that will seem almost instant. Instead of slow downloads using Wi-Fi, 5G networks will allow gamers to significantly reduce their waiting time. This will make it easier to try new games, giving increased opportunities for game developers.


Many mobile games require a fast, active internet connection to function properly. Without these connections, game data is inaccessible and certain features such as in-app purchases, multiplayer interaction and tracking scores in real time are unavailable. Slow connections lead to lagging and frustration with the slow game play.


Latency is the delay between when data is sent and when it is received by a device or program. 5G latency is so low, it should be undetectable to humans. That means as soon as an action is requested by a player, it will be performed, with no detectable lag.

For developers of game genres like role play and strategy, the lower latencies on 5G networks can support the introduction of higher quality graphics and more accessible features for their consumers. This improvement in form and function will go a long way towards making mobile games competitive with games designed for other consoles.


Many gaming applications offer features centered on creating player communities, meaning users can interact with other gamers across the globe. These multiplayer gaming communities can work together in team-based games, and interact during game play. However, successful communication during game play requires a fast, reliable connection.

With 5G networks, gamers will be able to interact with other gamers with ease. Higher network speeds coupled with secure connections create optimal conditions to support multiplayer interactions.


With the advantages of the new generation of network, game makers will be able to develop more intricate, detailed and high quality games. There will be greater possibilities for 3D mobile gaming, Augmented Reality (AR) and Virtual Reality (VR) applications.

With 5G, gamers will be able to access higher quality gaming technology.

The Next Level of Mobile Gaming


The launch of 5G networks in areas across the globe will support the growth of mobile gaming. The gaming sector is already strong, but 5G has the power to take online gaming in a different direction.

While many “serious” gamers prefer to use a gaming console or computer for their favourite games, mobile gamers will soon be competitive in terms of functionality, game play and graphics. They will also have advantages other gamers will not; for example portability, games that successfully incorporate AR and VR, easier access to new games, with no need to purchase a separate device.

5G has the potential to support taking technological innovation in entirely new directions. There are many areas that will benefit but as the new networks roll out, mobile gaming is sure to go to the next level.

Ralf is a degree holder of bachelors in information technology taken at AMA University(A school which focuses on IT Education) and has worked as a digital marketing expert for 2 years at Nifty Marketing after he decides to be a freelance digital marketing expert helping companies globally promote their products and services online. He is now working as a content marketing manager for an Australia mobile plan comparison site Whatphone.com.au where he shares his knowledge on mobile devices. Some of his writings can also be seen in several publications aimed at digital business and IT industry. ...