Is audio advertising the new frontier for in game monetisation? 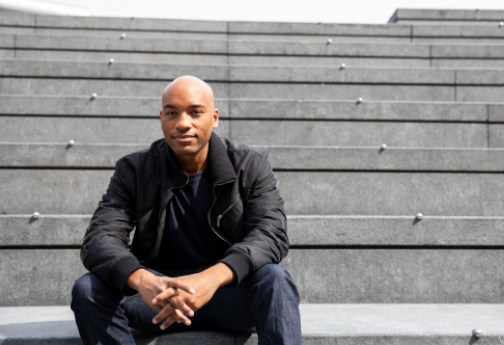 Instream audio advertising during podcasts or digital radio has been around for a while. With increased consumption of audio media during the pandemic though this period might be the first time many have encountered this. Short form audio itself is an established medium and has proved its effectiveness through years of radio advertising.

Video advertising has long since expanded beyond instream and has proved to be an important source of revenue particularly for in game monetisation. Can audio also make the leap to being more than simply an in-stream source of revenue. We spoke recently to Christian Facey, CEO of London based audio advertising pioneers Audiomob to get his take on the opportunity this growing format represents.

Papaya - Audiomob is a young company. What was the inspiration behind its foundation?

Christian - I was a strategist at Google, managing up to $100m a year. I was also a science partner at Facebook, helping Facebook's most advanced advertisers measure the true value of ads. Outside of work, I'm an avid gamer and make my own mobile gamers. I also love chilled out hip hop and Jazz music and produced some too! I started streaming my music into my own games, this soon turned to audio ads once I met my co-founder and CTO Wilfrid. The idea behind AudioMob evolved from our investigation into streaming music into games.

Papaya – How does audio advertising works?

Christian - Audio advertising enables the advertiser to send a message to a year within an "audio on" environment. Therefore Spotify, Soundcloud, Radio and other inventory where ears are the core sensory receptor. In-game audio advertising works in a similar way. The audio advertiser wants to send an audio-ad to a user who is able to hear the ad. Where the innovation comes in, is it is very hard to detect what game, what handset and what user qualifies as a suitable user who can truly listen to the audio ad. That's where AudioMob comes in, to deliver the audio ad to the right user,in context of the gaming environment, whether the ad is automatically played, or user triggered.

Papaya - What would you say are the main advantages for publishers from partnering with yourselves?

Christian - Without a doubt, it's the incremental revenue provided from the ad unit, without damaging retention. You see, most publishers that monetize with ads, use intrusive videos. Annoying for players, but undoubtedly annoying. Think about it, you don't know many people that like ads right? Where AudioMob comes in, is we can add a banner ad during gameplay, with an overlayed audio ad. This can be automatically triggered, or triggered by the user for an in game reward. A standard banner ad can get a developer a $1 CPM if they're lucky. Our audio ads net $5-$10 CPMs to start with and can go much higher than that. The key here is that AudioMob ads don't need to replace video ads, they can work alongside them for additional revenue, without damaging retention or cannibalising your current monetization strategy. From a product perspective, we've designed a unity plugin ( not an SDK) that can be installed in under 8 minutes!

Papaya - I have heard anecdotally that audio ads can be more memorable and have greater cut through than visual advertising. Do you think this is correct and do you have any research to support this.

Christian - This is true from the research we've conducted and from analysing the growth of audio. Audio has been a fast-growing medium for years, driven by companies such as Spotify, Soundcloud, Pandora etc. A user can do more when listening to audio, then when watching a video. For example, a user can, drive, run, play games etc. A user can't really multitask when watching a video. Secondly, when a video ad is played, often there is a negative prior. A negative event that occurs before the consumption of the video ad. The fact the ad is blocking the user's primary objective decreases the likelihood that the ad will be consumed efficiently. When an audio ad is played, within a medium such as gaming, the primary motive isn't blocked. Through our controlled user testing, we found 100% of ads were recalled, and 100% of users kept playing the game. During our live campaigns we saw a 1000%+ increase in click through of the ads, and that it took 1.4 listens in order for a click to occur. This is unheard of engagement. We'll be releasing our study on this very soon!

Papaya - One of the advantages of video advertising is it is relatively easy to translate for local markets. How do you overcome these issues for audio?

Christian - The DSPs ( demand side platforms) that we work with to monetize games that have integrated AudioMob, have a language identifier that is passed from the publisher to the advertiser. This enables advertisers to easily target local areas with their localized ads. It's very important for audio advertisers to localize ads, and it's one of their top priorities.

Secondly, the advertisers we directly work with can target users across the globe using highly refined targeting through AudioMob's proprietary audio /gaming DSP. This allows for easier targeting as we can target right down to the postcode level, unlike many other audio players in the market.

Papaya - From the above including audio as part of your monetization mix makes sense. Have you encountered any obstacles and where do you see the market in a couple of years?

Christian - To answer your question, this is perhaps the hardest aspect of getting this out into the market. Outside of analysing the audio state of a mobile phone, we noticed that existing DSPs do not have the targeting capabilities to target users in a way that can enable them to access high budgets. Also, the reason that this idea hasn't existed before is that nearly every agency / brand we've spoken to, is familiar with the size of gaming, but not familiar with where it fits in their plan. Bluntly speaking, there are obstacles in every single aspect of trying to sell this product, from calculating where it should fit in someone's media mix per vertical and country through to educating a non gaming brand customer as to the micro audiences that need to be targeted in order for medium to work. Simply building a format that can deliver audio ads isn't enough, figuring out exactly how this works for the advertiser is actually the harder part, and AudioMob have put a significant amount of work into this process through rigorous in market live testing and audience analysis.

In terms of where the market is going, it varies highly per geo. We're noticing extensive growth in North and South America, Europe and India when it comes to the appetite for audio ads. The US will be the driving force for the next couple of years. India has the potential to eclipse the US once it's programmatic ecosystem matures. For China we think there is potential for this to be the biggest audio ad market globally however there are a number of obstacles from a publisher and demand standpoint. We're actually considering partners for an expansion into the region, but that's a whole other conversation.

Papaya – Thanks for your time Christian. From our point of view, audio advertising is exciting and has a lot of potential. It will be interesting to see if this is a format that sees the potential realised. We wish you every success.

Biography:
Christian is the CEO and co-founder of AudioMob, the world’s first non-intrusive gaming advertising solution that allows game developers to monetize their audience via audio advertising. AudioMob, a VC backed company who recently closed $2m in funding, is tackling an $18bn dollar opportunity. It is considered the biggest opportunity since the inception of Google advertising!
Before founding AudioMob in Q1 2020 Christian worked at 2 of the best companies in the world. He was a strategist at Google managing up to $100m in advertising spend. At Facebook, a marketing science partner, using cutting edge solutions to measure the true value of advertising.
0.2% of applications get to work at Google and Facebook and 0.05 percent of startups get funded. While achieving this before the age of 28 was difficult, Christian hasn't always been considered a high flyer. After failing the majority of his A-Levels and attending a non-target university, Christian has rigorously studied methods to increase his aptitude, training the mind to overcome mental barriers that hinder success. As a result of his successes, Christian also runs a mentoring scheme alongside AudioMob to pass learning over to the younger generation.
Outside of running AudioMob and mentoring schemes, Christian enjoys video game development, producing hip-hop / jazz music and break dancing!

The Fifa world cup is spectacular like no other. This year it is likely to cement its status as the world’s mo… Read More >>
Mobile Insights  >>
We use cookies on this site to enhance your user experience. By continuing to use this site you are giving your consent for us to set cookies. More info