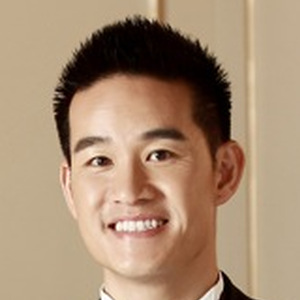 Behind (almost) every successful app, there’s likely to be a ton of testing, iteration, and tweaking, whether that’s to get the UI right or to make sure the app is monetizing effectively.

At PickFu, we’ve found app developers overwhelmingly focus their testing efforts post-launch, testing app icons, screenshots and other assets as part of their app store optimization and user acquisition efforts. But they miss a big opportunity for testing during the development stage, where feedback can make a huge difference to the success of the end product.

With this in mind, I’d like to share five ways any developer can use feedback testing to validate their thinking and bring a more data-centric mindset.

1. Include feedback testing in each stage of your app design

You probably already do plenty of testing after your app is done, especially if you are using an ad platform that automatically A/B tests ad creative for you. But what about testing much earlier in the development process?

It’s easier than you think to gather user opinions as you iterate, allowing you to confirm your design choices. Testing before features and UI are set means that unforeseen problems can be addressed quickly, potentially saving a lot of time and budget down the line.

You can include feedback testing at all points in the development process:

For the most meaningful insights, select a test audience that reflects the real-world audience for your app or game. If you are building an app or service aimed at women, for instance, men’s feedback isn’t as valuable. Think about which demographic and behavioral traits apply to your prospective audience, such as:

If you don’t have a specific audience in mind for your app, start with a broad audience and see which groups are most responsive to your ideas. Then focus on the specific demographics and behaviors that mirror your ideal user.

It’s possible to have too much of a good thing. If you survey too many users, you risk having too much data to digest in any meaningful way.

At PickFu, we generally recommend starting with around 200 survey respondents. It’s a small enough pool to be manageable, while still being statistically valid. Plus, as most feedback testing is priced per response, you can start with a small group and expand if you think the results justify it.

4. Use testing to benchmark the competition

Testing doesn’t have to be limited to your own app. You can also get comparative feedback between your app and your competitors.

Any aspect of your game or app can be put to the test. Competitive testing is especially useful when judging creative elements like the app name, icon, UI, and art style that are likely to influence consumers to choose one app over another.

5. Ask the right questions to get the most useful answers

Effective surveys and helpful feedback come from asking the right questions. When creating your own set of questions, avoid these common mistakes:

●       Don’t test more than one thing at a time. If you’re trying to decide on a good name for your app but you present each variation as a different logo as well, chances are you’ll get people reacting to the design rather than the name, which isn’t the intention. Keep everything consistent except for the parameter you’re testing.

●       Don’t ask leading questions that may create bias. If you ask a question like, “What do you love about this character?” your survey will collect only positive answers. Use objective language such as “Would you want to play as this character?” to get an honest picture.

●       Don’t present assets in different formats. If you show four icon designs but they aren’t the same resolution and size, survey respondents might react to the relative size or clarity of an icon, rather than its design. Keep aspect ratios and image sizes consistent.

●       Don’t overwhelm respondents. If you submit an entire screenshot of your app store listing, then respondents will react to different parts of it: screenshots, description, name, and potentially even fields largely out of your control, such as star rating, price, or reviews. Instead, focus their feedback on one asset or question, so that you can methodically improve each component.

Many developers assume that surveys and consumer testing is a big and expensive process, but the reality is they don’t have to be. With PickFu, you can survey as few as 50 people and have answers and insights back within hours. There just isn’t an excuse for relying on guesswork and assumption.

Appropriately done, feedback testing is an invaluable way to perfect your game or app long before it gets as far as the App Store. Even a small early testing budget can generate considerable savings in resources and ad spend down the line, and by confirming design choices and benchmarking your game with its intended audience, you can make data-driven decisions all along the way.

Justin Chen is a co-founder of PickFu, a feedback testing platform that puts over 10,000 survey respondents at your fingertips. Game studios use PickFu to ensure their ideas and marketing resonate with players.   With over 15 years of experience, he has a passion for creating automated technology solutions, especially those that solve problems most people didn’t know existed. Justin earned his B.S. in electrical engineering and computer science from UC Berkeley and his M.S. in engineering management from Santa Clara University. A believer in remote work and work/life balance, Justin can often be found shuttling his two kids between school, gymnastics, and their other activities.