Cologne September 2018, and the Koln Messe, the huge Rhine side conference and exhibition centre once more plays host to the media and marketing circus that is DMexco. Now in it's 9th year, DMexco (or more formally the Digital Marketing Exposition and Conference) is considered by many to be Europe's leading digital marketing event, eclipsing the likes of ad week and even Mobile World Congress in terms of the number of ad and mar tech exhibitors and visitors.

In recent years though DMexco has been struck by the malaise that has affected the sector, with visitor numbers falling by 22% in 2017 to just over 40,000. Even at those reduced numbers DMexco places substantial strain on Cologne's accommodation providers. As with Mobile World Congress there is almost a one-upmanship amongst seasoned visitors comparing the high cost and low quality of the various hotel and Airbnb offerings.

This year I was lucky having at the last minute turned down the opportunity to stay with a friend in apartment located conveniently in the middle of nowhere. I was lucky enough to find a centrally located hotel room at a cost which was merely eye watering rather than mind numbing. Though cancellations do occur, this is perhaps further evidence that DMexco's best days are now behind it. 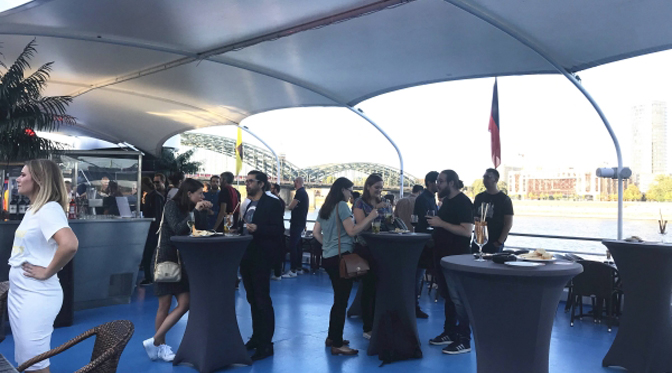 Inside the show still felt busy, with many ad and mar tech companies investing substantial sums to make an impression. Personally, though it felt that little had changed over the last couple of years. Data, video, header bidding & native advertising were still amongst the hot topics as they had been 2 to 3 years ago.

This was the first show since GDPR was fully enforced, though it was hard to tell from many exhibitors' sales stories. I did notice however a slight rise in the number of premium/named ad networks, if you can't target by data you can target by context being the argument here.
One trend I did note was the growing availability of native ad units. A few years ago, native advertising was the cool kid on the block and demand for native ad units was outstripping supply. These days native advertising has lost its cool and is viewed as just another ad unit.

This is perhaps rather unfair with not all ad units being created equally. Avast the security specialists, for example are bringing their range of native mobile advertising units to the market for the first time. Placed within a strong product with a demonstrably high level of engagement this is something I would like to see succeed.

Adverty, our friends in AR advertising have recently signed a deal with Kiloo the publishers of mega mobile game Subway Surfers. This will offer brands the opportunity to have native advertising placed dynamically into the game, mimicking billboards and other forms of outdoor advertising. This is an exciting route for brand advertising to be incorporated into games, though how much effect the lack of clickability and the subsequently inability to work to performance metrics will impact on potential demand.

Currently the most other used phrases in digital marketing are Blockchain and AI, and there were plenty of examples to be seen on stand hoardings all over the show. What this actually means in practice was often unclear and ill defined and felt more like attempts to be on trend than to actually develop new products.

That was the feeling I had this year about DMexco in general, rather than any major advancements what was on show were refinements on already known solutions. The lack of much new to shout about and ongoing concerns about the depressive effect of GDPR on data utility and targeting probably explains the slowly sliding attendance figures.

DMexco however will remain not only one of the most important shows in digital marketing, but also act as bell weather for how the sector is doing. It therefore might have it's up and downs but is likely to remain a fixture on the calendar for many more years to come. 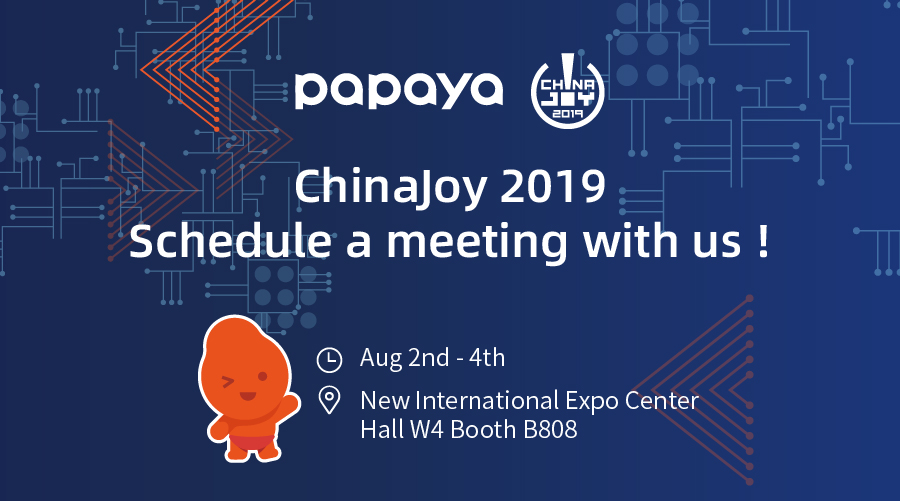 PapayaMobile @ ChinaJoy, In Shanghai   We're looking forward to seeing you there.   We will h… Read More >>
Papaya Events  >>

Cologne September 2018, and the Koln Messe, the huge Rhine side conference and exhibition centre once more pla… Read More >>
Papaya Events  >>
We use cookies on this site to enhance your user experience. By continuing to use this site you are giving your consent for us to set cookies. More info